Check out this phone-in Interview Rip did with Mix 96.9-FM in Barbados to talk about his radio single “Drown” (which they have in heavy rotation) and his album, “Trinity”!!!

This just in! Rip currently has 2 songs from his “Trinity” album that are being considered and voted on for the 61st Annual GRAMMY Awards!!! His single “Drown”, which is currently at radio, and music video for “Satisfied” are both on the ballot!

“Drown” by Rip is going for adds nd impacting radio now! If you’re a taste maker, DJ, MD or PD and would like a copy of this single, please email info [at] rip dash (-) records dot com
https://daily.plaympe.com/rip-drown/ 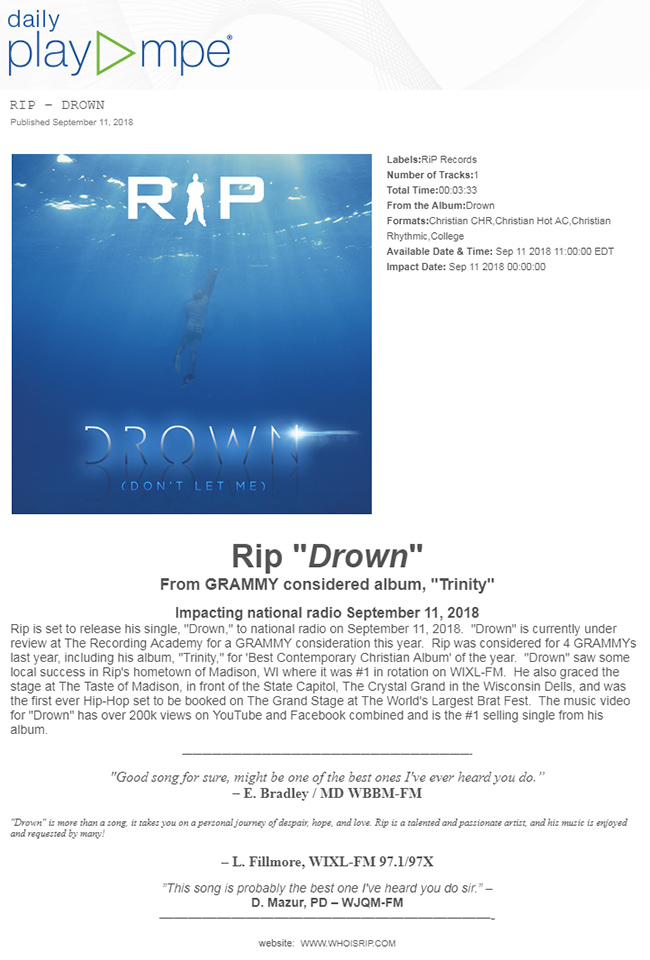 Rip – Making of “Satisfied” Music Video (Behind The Scenes)

Check out this Behind The Scenes look at Rip’s “Satisfied” music video! We were definitely blessed beyond words with this video!! Get a inside look as we head down to Big City Sets in Chicago and build our first set for any of his music videos!

It’s finally here! The official music video for “Satisfied”!!! Thanks to all those who made this production possible!

“Drown” vs “Let You Down” by NF Piano Mashup

Check this out!! Jessica over at GotchuCovered on YouTube surprised me with this DOPE mashup of my latest single, “Drown”, and NF’s #1 song in the country, “Let You Down”. This is seriously one of the DOPEST user submitted surprises and thing’s I’ve ever heard!!!! Check it/her out!!!

IT’S HERE!! My newest music video, “Drown”!!! Crazy story about this song: It almost never made it to my album, “Trinity”. I thought my album was done but something told me “it was missing something”. So I went back and wrote this song…it was the last song recorded for my album literally weeks before the release of my album. It almost didn’t make the cut. What makes this story ironic is, this is the #1 fan favorite on my album…both feedback and sales!! It was so dope making this music video and I put it off this long after the release of my album on purpose. I hope you guys enjoy it! Please like, share, comment!! 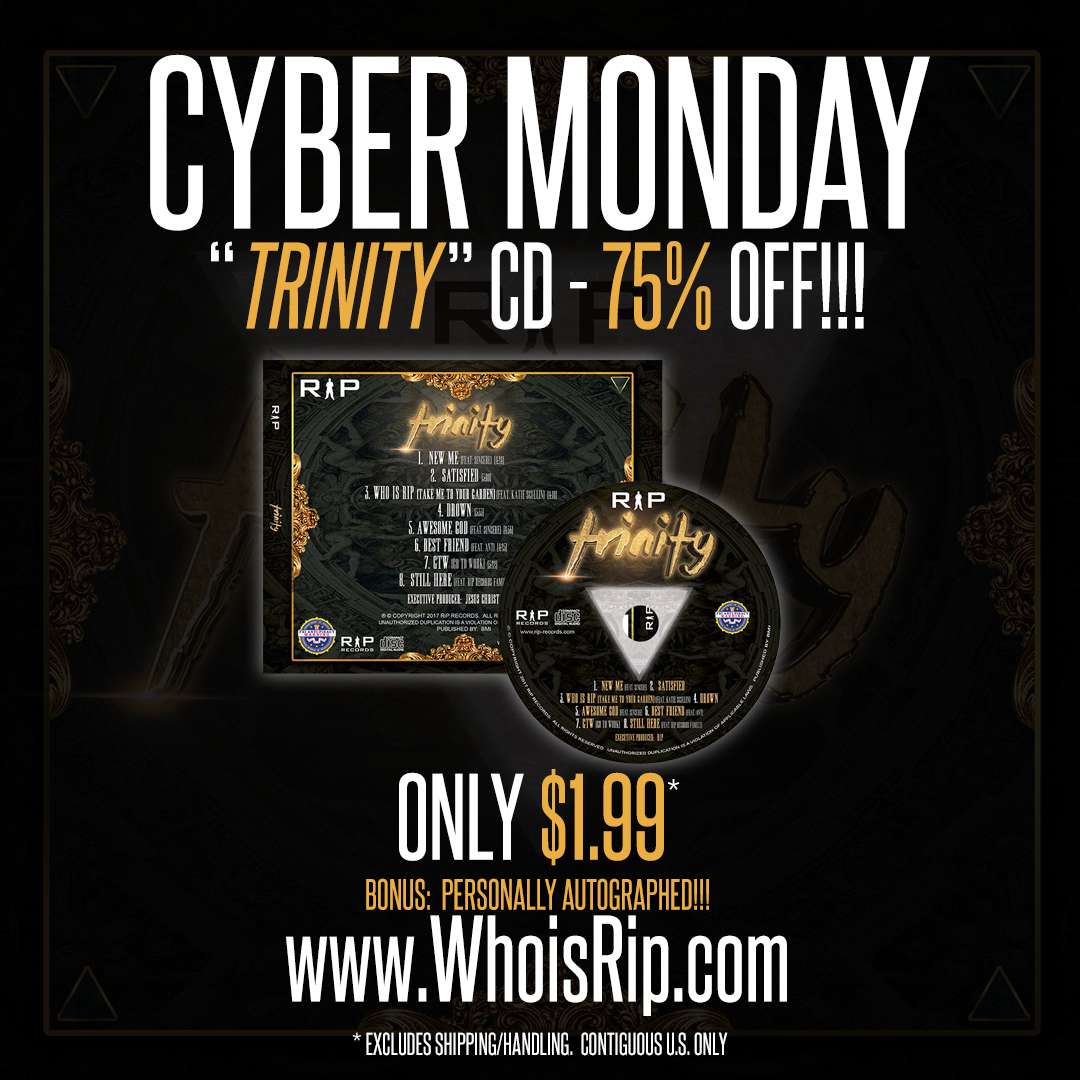 This is Rip’s new single, “Drown” off his Trinity album! Music Video currently in production!

Life has never been more beautiful than when living fully for Jesus. 🙌🙌🙏.