A majority of my posts are news related updates or press releases, but I wanted to take a minute out to write to you all personally from the heart. Last October I released my sophomore album “Sellout”. I did a limited hard release and focused majorly on it’s digital release on iTunes (which it is still available on). When I first released it, I knew I was going to re-release it again in the future (via hard copy) with a Documentary and a few bonus tracks (DVD/CD combo pack).

Right now I am in the stages of having the Documentary (“Making a Sellout”) produced. It is off at the writer who is penning it as we speak, and then it will go to a Voice Over artist to narrate the story. Aside from a little more material I need from some family members, a majority of the interviews (family, friends, people I have worked with etc) have been recorded as well. Then it goes to editing. I must admit, I am SUPER geeked to release this project! Like I have been geeking the hell out for real while shopping for Voice over artists….just envisioning someone telling me story to the masses. Yesterday I reached out to Jim Forbes (www.jimforbes.tv)…he is the guy who narrates VH1’s “Behind The Music”. It would be AWESOME to have someone like him narrate my story. Whether I hear back from him or could even afford him is one thing, but just reaching out to him geeked me out. Like Michael Jordan always says: “I can’t accept not trying”.

I have also finished one of the bonus tracks for my “Sellout” album re-release. The name of the song is “Must Have Been” and I just released a Music Video for it as well. You can head over to my YouTube page to check it out. I have 1 or 2 more bonus tracks to finish up for the re-release and then everything will be done.

I hope to release the project in a couple months time tops and will have a release date soon!!!

Thanks to all my supporters for sticking with me all these years! I really think you are going to like this next release! Cuz I LOVE working on it! 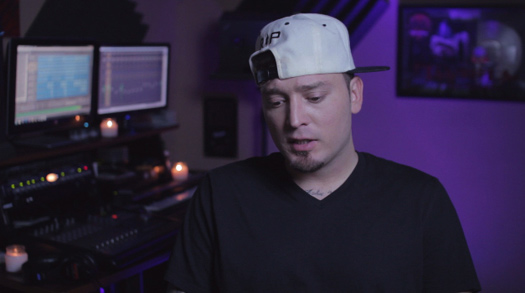 Are people out there seriously still using @Dropbox for business purposes!? Have people not heard of @GoogleDrive!… https://t.co/tB7ykqlQac